Free jazz power trio Uuskyla Øgrim & Berg’s music is an oblique and deconstructed but red-hot mix of jazz, rock, and several other styles in between. It’s taut and metallic, sprung, flexed and sinuous, hitting hard on the recoil. This trio shows how much the Scandinavian scene remains vibrant and with names that deserve to be more recognized worldwide. 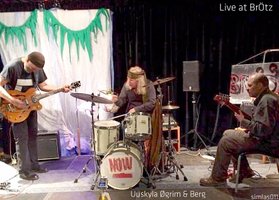 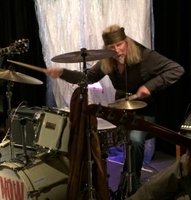 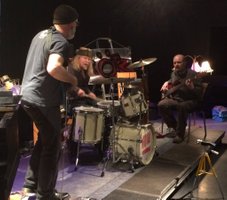 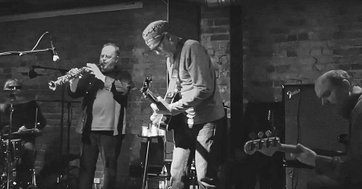 ....most striking about this album is the way in which the musicians anticipate and respond to each other...no single member outshines another... Uuskyla provides a foundational groove through most of the album...I often wonder whether so many performances really need to be documented and presented to the public. Then, I find an album like this that clearly caught a special band on a special night. And, I start to allow space for the exceptions...The Free Jazz Collective

They seem more refined and have progressed considerably on this album. Good Scandinavian avant garde. - Unfretted.com about Oslo Hærverk.

The single 42-minute track allows for no questions and takes no prisoners...Hearing the musicians in their natural state is the purest experience...This disc reminds me of the response we used to give to complainers, "If it's too loud, then you're too old." – Marc Corroto for All About Jazz, April 2018.

It gives us free improvised music one otherwise is accustomed to hearing from musicians in the landscape where Mats Gustafsson, Paal Nilssen-Love, Peter Brötzmann and that lot lives." – Salt Peanuts about LAIV. (Norwegian text HERE, English HERE)

"This trio sounds like a rock/jazz power trio from the early seventies, pre-fusion, moving in immense waves without many actual solos, more of a group sound. The set is mostly organic, explosive only in sections, the trio taking their time to explore each other’s playing. This set seems to be more about mood and vibes, kind of dark and mystical at times, like an ancient ritual taking place around us. We can’t help but be enveloped by the cautious, creative spirits." - Bruce Lee Gallanter, DMG

Laiv was one of five "picks of the week" at AvantMusicNews November 27. 2017.

"Contrasting the stylistic traits exhibited by some of their peers – Trespass Trio’s contemporary jazz sensibilities or Fire! (Orchestra)’s progressive approach – the trio’s music is an oblique and deconstructed but red-hot mix of jazz, rock, and several other styles in between. As a whole, Ullr is an engaging, captivating, and often unrivaled listen." - Freejazzblog.org on Ullr

"It is all carried by Peeter Uuskyla's energetic drumming." - Orkesterjournalen, Sweden

" this is very personal music, which captivates both the brain, heart and feet. This is an album crammed full of exciting free-jazz music, which surprises, at least this writer, and who should be brought to light all sorts of festivals and jazz clubs in the coming years.

Now the day was suddenly so much better!" - Salt-Peanuts about Ullr, March 2017.

"Uuskyla’s trio is taut and metallic, sprung, flexed and sinuous, hitting hard on the recoil." - Dalston Sound about Ullr, March 2017.

"In this debut album, the trio shows how much the Scandinavian scene remains vibrant and with names that deserved to be more recognized worldwide." Freeformfreejazz.org about Ullr, March 2017

"In this debut album, the trio shows how much the Scandinavian scene remains vibrant and with names that deserved to be more recognized worldwide." - Free Form, Free Jazz  (in Portuguese) about Ullr, March 2017.

"While we have no more Power Tools music (Bill Frisell, Melvin Gibbs and Ronald Shannon Jackson), there is the Scandinavian power trio led by drummer Peeter Uuskyla to fill the void....Pulse master Uuskyla glues this affair."  - AllAboutJazz, February  2017

"Guitar, bass and drums is a classic power trio-setting. Such is also the setting on this record. There ends all likeness with the power trios I know...Like reading James Joyce’s Finnegans Wake. Hard to understand it truly is. " - Lira, Sweden

"If you enjoy Scandinavian free jazz at the experimental level, this album is a real treat for you!" - Unfretted.com  January 2017.

A track from Ullr, a trio record with Peeter Uuskyla, Anders Berg released in January 2017, was accepted by the editors at AllAboutJazz as a featured download. The curator responsible for the feature, wriote:" If Jaco Pastorius meets Prince in the space beyond...the ensuing discussion might sound something like this." – AllAboutJazz, February  2017. 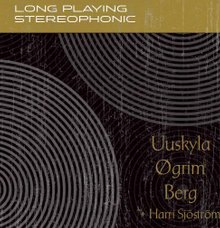 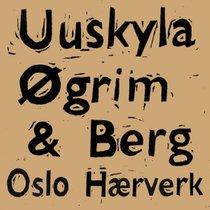 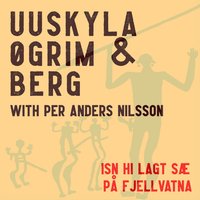 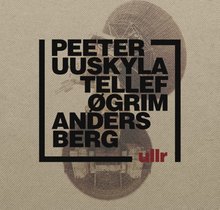 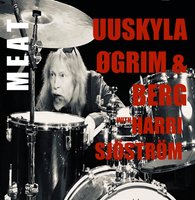 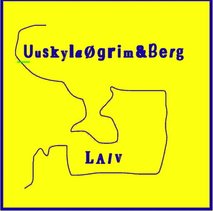 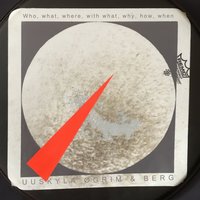