After some years of inactivity, this noise/atmospheric duo puts out three new albums over the first two months of 2020. Available HERE

KÖLEN (June 2016) is the third album from the duo collaboration of bassist Anders Berg (SE) and guitarist Tellef Øgrim (NO).

The album's eight tracks are improvisations on analogue or electronic (soft) instruments and deliver a blend of a mood off the dark Nordic and drone-coloured atmospheres resonating with the dramatic geology of the mountains of the Scandinavian peninsula where both musicians live.

Unfretted.com about KÖLEN (june 2016): "A very enjoyable album and once again Tellef Øgrim & Anders Berg have their feet firmly planted in Experimental  Ambient Avant-Garde Music. If you enjoyed their previous work, you are going to love this one!"

"....it’s possible to hear in these largely hard-edged pieces an aural image of craggy stone thrust up into thin, twilit air" 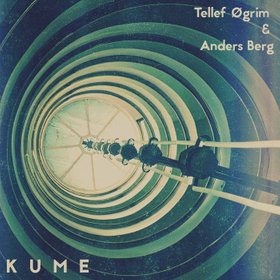 KUME (May 2015) was the second album from the duo collaboration of bassist Anders Berg (SE) and guitarist Tellef Øgrim (NO). The nine tracks of this release are all based on improvisations on analogue or electronic (soft) instruments.

Unfretted.com writes about KUME that “I really enjoyed this album, its a great trip from start to finish. Tellef Øgrim & Anders Berg work well together providing a unique musical experience. If you are into Ambient Avant Garde with an experimental slant – this is for you!” (December 2015).

Bruce Lee Galanter (DownTown Music Gallery) writes that "I like the way this sounds laid back, as if these two have nothing to prove other than a strong dialogue that moved back and forth effortlessly. "

November (December 2014) was the first output from the duo collaboration between bassist Anders Berg (SE) and guitarist Tellef Øgrim (NO). With background from jazz,rock, improv and groove oriented styles the two musicians carve out their own domain from the rich soil of contemporary Scandinavian improvised music. Berg and Øgrim have earlier met and played in quartet constellation with Henrik Wartel and Gunnar Backman in den Haag and Gothenburg.

Chris Haines, reviewer at Freejazzblog, had November, as his 2014's tenth best album.. Read his review here.  Excerpt: "...the pair have created a fine album of improvised duo pieces, which also contains a healthy amount of electronic-based music enabling them, at times, to create a much fuller sound, and work with an extended palette of colours and rhythms. The track Oslo is a good example of this coming on like a more edgy Fennesz track, whilst the more straight forward improvising of 422.2 with its funky bass motive and free-rock guitar interjections played over the clattering of electronic drums is interspersed with sparser moments." (February 2015)