An installation by Mugetuft duo (Knudsen/Øgrim), commissioned by Factory Light festival in Slemmestad, was shown September 13. and 14. At the opening, a live audio-visual concert is held with P. Knudsen, P. O. Johansen, H. Hellstenius and T. Øgrim

MOCKBA, a recording of a duo set with drummer Peeter Uuskyla from the DOM 20 Festival in Moscow May 2019, is out at Simlas produksjoner

AIRLIFT, a duo with Dutch drummer Onno Govaert was released by Simlas produksjoner May 30, 2019

Duo with Peeter Uuskyla May 19. at DOM festival in Moscow

Spotify playlist: 98 tracks I played on 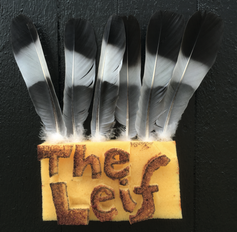 The Leif is an electric guitar duo from Oslo. A self-titled debut album containing ten melody driven tracks is out at Simlas produksjoner (CD, streaming, download and vinyl).  Check out the duo's website. 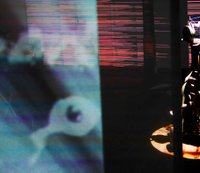 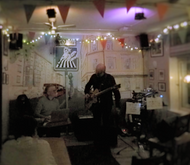 Mugetuft is an audio/visual collective, exploring the relationship between live sound and live visuals.The project’s main idea is that the visual and audible means of expression shall be independent and at the same time inter-dependent of each other in order to achieve a tight and organic integration of sound and image. In Mugetuft audio should accompany the visuals as much as visuals accompany the audio. An installation by Mugetuft was shown at Fossekleiva cultural center June - August 2017.

Henrik Hellstenius and Tellef Øgrim have been playing together in different bands and projects since the 1980ties. Now they have gotten together to explore sounds and sentiments in their combined bags, instruments, circuits and the general condition of weather, the day's form and the current position of stars and planets in this improvised duo. Henrik: electronics, Tellef: guitars. Watch concert video HERE 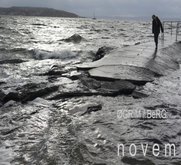 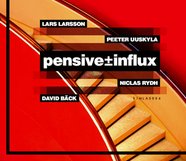 Tellef Øgrim / Anders Berg Duo make abstract improvised music bordering European art music withe basses, guitars, electronics and other sound sources. Berg (SE) and Øgrim (NO) have their combined backgrounds from jazz and rock and have met and played for the first time in a guitar festival in den Haag.

Go to Bandcamp to listen to the duo's releases.

Listen to a Spotify playlist with Tellef's music (bands, project and solo work).

Simlas produksjoner is an open-minded record label based in Norway and Sweden with a leaning towards improvised music.

Besides building up our own unique catalogue of first-time releases we also re-release a selection of earlier released albums. 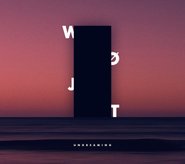 was released in November 2018. In February 2020 we recorded THIS in Jan's living room.